Why would you sell your house off‑market? 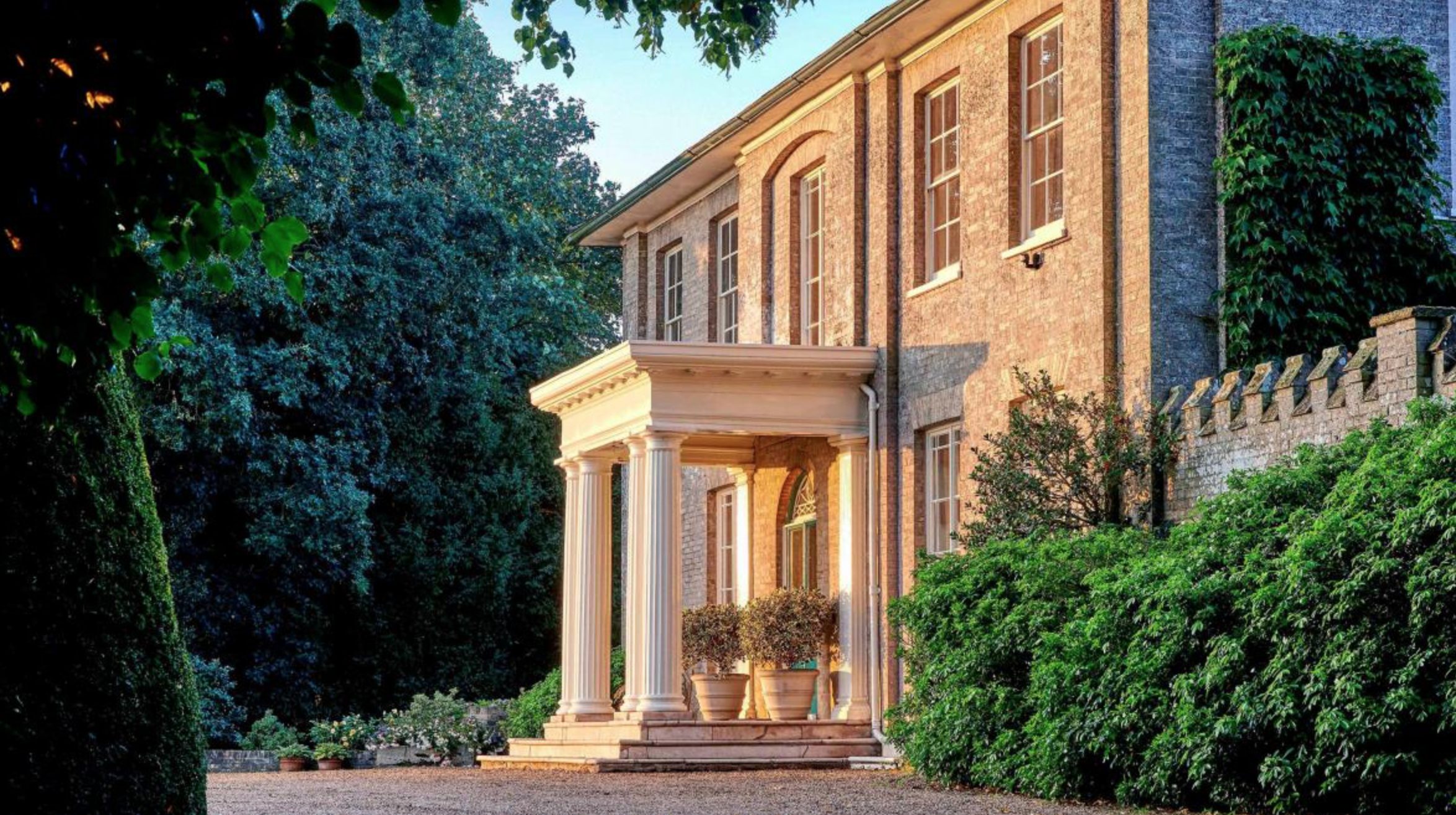 It used to be the preserve of celebrities and the super-wealthy, but, increasingly, ordinary people want to buy and sell their homes discreetly, away from the prying eyes of neighbours, employees and digital snoopers. Instead of estate agents and online listings, homeowners are putting their faith in a clandestine world of independent brokers who have enviable networking skills and little black books stuffed with contacts.

In the year to October, 69,490 property sales in Britain — 7% of the total — were made off-market, according to Hamptons International estate agency. This includes 11% of all transactions in London and 18% of all properties sold for £1m or more. Ten years ago, only 4% of all deals, and 3% of transactions in the capital, were off-market.

At the top end, properties valued at £10m or more, as many as 40% could be changing hands via word of mouth, with deals conducted by a small pool of independent brokers in what one property consultant calls “the grey market — or blue, because it is so colourful”.

Demand is such that the prime property analyst LonRes recently established an off-market service that enables brokers to share restricted details about properties anonymously with a closed group of vetted professionals. Anthony Payne, managing director of LonRes, says 6,000 agents and brokers have signed up since the service was launched late this summer, with £800m worth of property, ranging from £1m to £30m, being listed.

Some new developments, including the residences at the Peninsula hotel, on Hyde Park Corner — where the American hedge-fund tycoon Ken Griffin bought a penthouse with a £100m price tag — are rumoured to keep sales off-market to offer discretion.

“A certain amount of secrecy adds to the branding,” says Charlie Willis, an independent property consultant. Several off-market deals are also thought to be going through at Twenty Grosvenor Square, a luxury development in Mayfair, where flats start at £17.5m.

For most sellers, though, the prime motivation is privacy, with many keen to avoid a digital footprint that tracks the progress — or not — of any sale, including price reductions. The uncertainty around next week’s election and Brexit is adding to this reluctance.

“People say, ‘I would sell, but I really don’t want a digital footprint’ — especially now, when they might want to change their minds or are uncertain they can sell,” says Charlie Wells, managing director of the buying agency Prime Purchase. “There is so much information out there, and once it is on a website, it is out there for ever.”

Willis adds: “People don’t want to pick up the phone and call one of the big agencies because they fear it is more difficult for them to keep information confidential within big teams. If an agent works alone or in a small team, it is easier to keep it all under the radar. In large organisations, it is not the individual agent who owns your information — it is on the company system and belongs to them.”

For others, publication of their floorplans or photos of the inside of their homes is to be avoided. Wells says: “I have even heard of a selling agent who put a property on their social media account, then it was burgled. People don’t want that stuff out there.

“Some will insist that everything is on paper and nothing is even emailed. The really private ones will invite just a handful of buying
agents [to visit the property], insist on non-disclosure agreements and only hand out the details on paper when you get there.”

DID YOU KNOW...
18% of sales over £1m have been conducted off-market this year

So who are these secret sellers? “Some are well known,” Wells says. “I had a couple who were going through an amicable divorce, but didn’t want it going in the papers, and it would have been in all the tabloids if it had got out. Some aren’t. I recently had another couple who just didn’t want their children to know — they didn’t want other parents and teachers saying ‘Oh, I see you’re moving, where are you going?’ until they were certain they had a buyer and a home to go to.

“At the top end of the market, it is a small world. Everyone knows each other and does business together. They know that if they put a house on the market, some people will smell blood.”

Business owners are a growing segment of the market, with the sale of a house by a senior figure likely to prompt speculation about the state of the company among employees, shareholders — and competitors.

Jonathan Bramwell, head of the Buying Solution, another purchasing agency, says: “I recently had someone who was selling their business, but the deal hadn’t gone through yet and he didn’t want his employees to know what was about to happen.”

DID YOU KNOW...
11% the proportion of off-market sales in London this year so far

Nothing is guaranteed, though, even in the world of secret sales, as Craig Newman,
the co-founder of Woodford Investment Management, found to his cost. He secretly put two homes, worth £15m in total, up for sale during the suspension of the beleaguered Woodford Equity Income fund, but the news was leaked to newspapers, sparking speculation about the state of the fund among trapped investors.

There are also accusations that some sellers are using off-market as a way to test a high price before they launch the property on the open market. Yet there are buyers who are prepared to pay extra for the exclusivity. “Sometimes people will pay a premium in the knowledge that they are the only person looking at it,” Bramwell says. “For others, they want something specific and they know there won’t be another opportunity like this for years, so they will pay.”

A property in Islington, north London, recently sold for £400,000 more than the £4.5m asking price after going to competitive bids between three buyers. And with the number of estate-agent instructions down by 21%, and the number of applicants up by almost a third, off-market bidding wars are likely to become more common, according to Mary Beeton, head of residential sales in London for Hamptons.

“There are two types of off-market sale,” says Nick Mead, a director at the buying agency Sterling Private Office. “There’s the agent who is floating a property at a ridiculous price and hoping to sell before it goes to the open market, and the one coming off the back of a quiet whisper about a divorcing couple or a business deal.”

Mark Parkinson, co-founder of Middleton Advisors, a prime buying agency, says almost 40% of the properties purchased via his brokerage are sold off-market. “Vendors will ring us direct because they don’t want to put it out to an agent. In the country, there will be a fear of local gossip, and in London it is more about knowing that the opportunity to sell is probably greater this way.

“The range of properties sold off-market is wider than you might think. We have done deals on everything from an £800,000 country cottage to a £40m townhouse in London.”

There is also the chance for buyers and sellers to strike unusual deals. “One super-duper country house was bought privately with a two- to three-year completion,” Parkinson says. “Contracts were exchanged within a couple of weeks, but the older couple who lived there wanted to stay. The buyers knew the chance to acquire a property like this wouldn’t come up for another 10-15 years, so they were fine with that.”

Mead adds that sometimes his buyers’ needs are so specific that it will come down to just a few houses that are suitable — and says he is not averse to knocking on people’s doors to ask whether they would consider selling.

“Perhaps one in 10 who have not previously thought of selling will do so. Sometimes a client will see a house and say, ‘That is perfect’ — and I will look at the trampoline or the football net in the garden and think, ‘They have young children, there is no way they will move.’ If a house has been in the same occupancy for 15-20 years and the children are grown up, they are much more likely to be open to selling.”

Most potential buyers and sellers are referred to the growing band of independent brokers and agents who strike the deals by accountants, lawyers, wealth managers and friends. “You have to be very sociable,” Willis says. “Lots of deals come down to word of mouth and friends of friends.”

Carol Lewis
Sunday December 08 2019, 12.01am, The Sunday Times
Stay up to date with current trends, insights and latest happenings in the real estate industry.
Sign up for our monthly newsletter